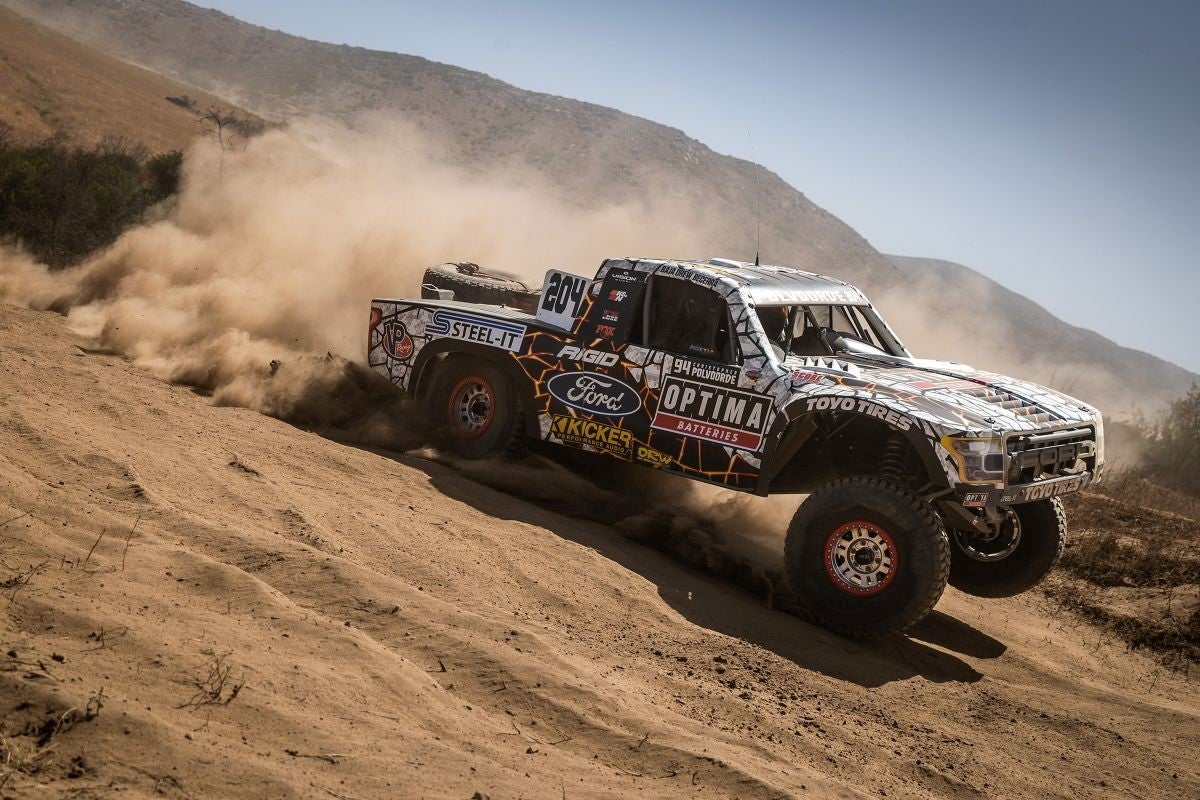 The number 204 Trophy Truck Spec with Christopher and Co-driver, Andrew Becerra, took the green flag start at 10:07 AM. They pre-ran the course many times overs, had thousands of data points marked and were ready to put it all together. The truck ran hard all day long and, mechanically, did not have any issues throughout the whole day. Both pit stops were quick getting the boys fueled up with VP Racing Fuel and fresh Toyo Tires.

"All said and done, we had a great day of racing and got a respectable finish which keeps us in good standing for points. Our team is still learning and getting better each race and we are seeing improvements. The truck was an absolute beast all day! Had we not gotten stuck there is no doubt we would have been running up front."
- Christopher Polvoorde 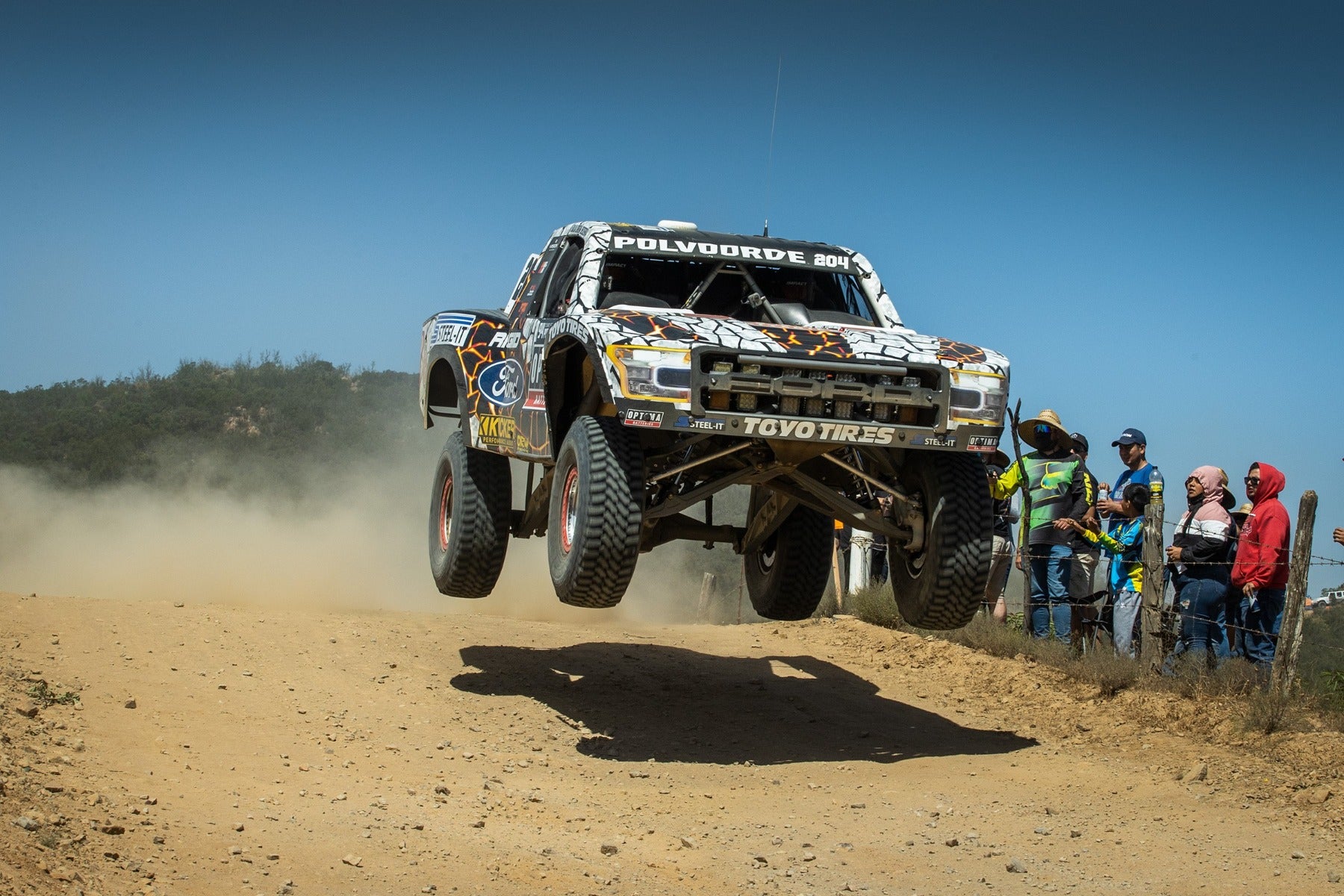 Race Summary
Being the 1st spec truck off the line of 32 total, they immediately had their sights set on picking off class 1 cars to put space between them and fellow Spec trucks. They ran strong at the start, just cruising and hitting their marks. They had to stop briefly at a chase vehicle to re-rack both spare tires that fell off.

At RM 95, they took a turn too wide on a narrow trail leaving them stuck on a slope just off the trail in dense brush. They were hoping to get a tow but, being so early in the race, most competitors were reluctant to stop. Ultimately, they were able to clear brush and back the truck down further to get momentum and drive the truck out and back onto the course. All in all, they lost about 40 minutes being stuck.

Just 7 miles down the road, they would meet completely stopped traffic at RM 102 due to a medical emergency in a Trophy Truck. This bottle neck ended up stopping the race for 50 or so drivers until things opened back up.

Once the bottleneck cleared, it was time to go to work in the San Felipe section of the race. Christopher was able to get around a lot of cars in the next leg of the race. After being stuck, he had most of the Spec trucks and a handful of class 10 cars in front of him.

From that point on the race was text book. Chris & Drew pushed when they needed to and focused on being smooth. The CP94 had 2 great pits at RM 160 & RM 315 where he fueled up and got fresh rear tires.

The No. 204 crossed the finish line with a total time of 10:42:47, good for a 4th place finish and just 12 minutes off the top Trophy Truck Spec time. There is a break over summer for the SCORE season until the Baja 400 in September which will determine the start position for the Baja 1000 in November. 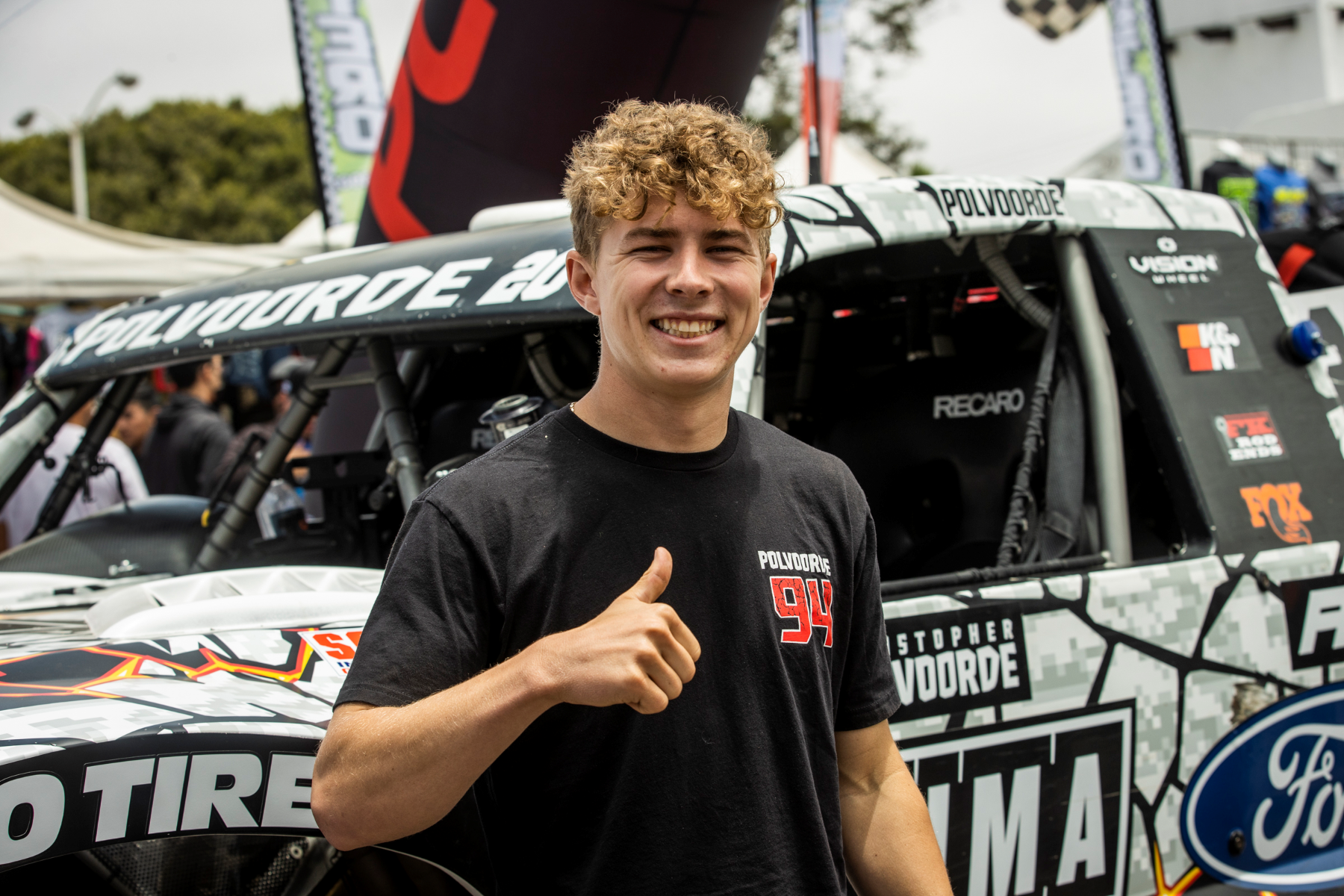