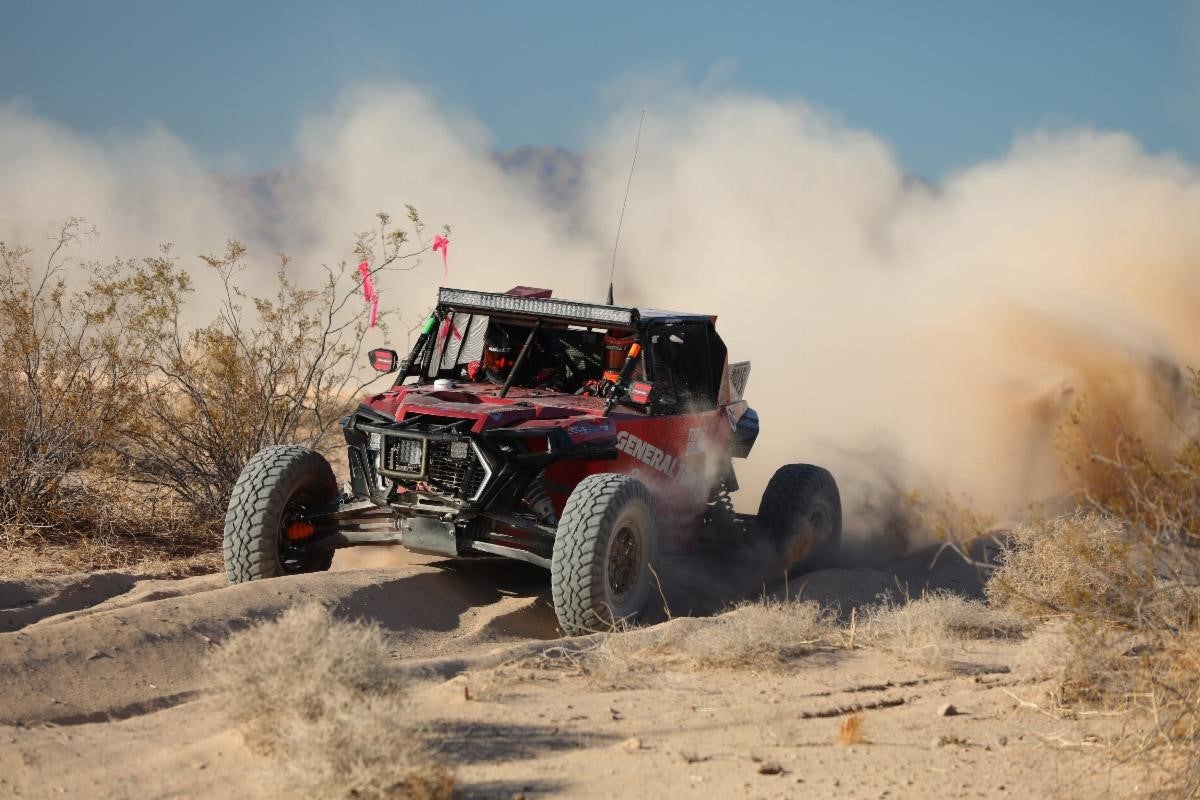 Professional off-road racer and nationally syndicated radio and television host Jim Beaver gets back into his fastest office of all this weekend, returning to action in the #2915 General Tire UTV for another shot at Vegas to Reno on Friday. Competing in the Trophy Unlimited class, Beaver will first take part in Head to Head Time Trials on Thursday morning, before lining up in Bonnie Claire on Friday to run one of the longest point-to-point races of the year.

“It’s going to be great to get back behind the wheel of the General Tire machine this week at Vegas to Reno,” said Beaver. “We were so close to winning this race this year, and with the same epic car and fantastic team behind us, all the pieces are still here to improve on last year’s second place run. The weather has forced some changes to the route, but we’re prepared to tackle anything that this race throws at us and go for the win!”

Last year’s Vegas to Reno was a pivotal moment in Beaver’s chase to win the title in what is now known as the BITD’s UTV Trophy Unlimited class. After starting off the season with decent results in the early rounds, he elected to run the full season, adding Vegas to Reno to the schedule to secure as many points as possible. While other competitors faltered and took DNFs, the #2915 team finished second, just under two minutes behind the class-winning time. Continued top-five results for the rest of the year, including a win in the season finale in Cal City, enabled him to place second in the championship.

Now, the UTV nicknamed “Mona Lisa” is back for another go at the long run north, with Beaver, his brother Trent, Bryant Shontz, and Brittney Cardone set to team up in the driver and co-driver’s seats as they did last year. The team remains as competitive as ever, having started the season with another runner-up finish in Beaver’s hometown Parker 250, and will look to take the fight to nearly 30 other Trophy Unlimited entries all day Friday.

Stay tuned for new episodes of the General Tire Jim Beaver Show, as well as From the Vault episodes of the General Tire Down & Dirty Show and Project Action, each week at jimbeaver15.com. The site also features regular coverage of the biggest events in action motorsports and racing esports, and serves as the official online home of Jim Beaver eSports.